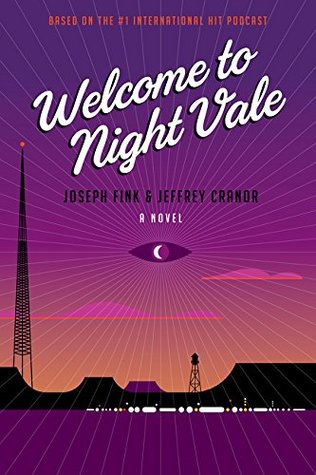 Located in a nameless desert somewhere in the great American Southwest, Night Vale is a small town where ghosts, angels, aliens, and government conspiracies are all common parts of everyday life. It is here that the lives of two women, with two mysteries, will converge.

Nineteen-year-old Night Vale pawn shop owner Jackie Fierro is given a paper marked “King City” by a mysterious man in a tan jacket holding a deerskin suitcase. Everything about him and his paper unsettles her, especially the fact that she can’t seem to get the paper to leave her hand, and that no one who meets this man can remember anything about him. Jackie is determined to uncover the mystery of King City and the man in the tan jacket before she herself unravels.

Night Vale PTA treasurer Diane Crayton’s son, Josh, is moody and also a shape shifter. And lately Diane’s started to see her son’s father everywhere she goes, looking the same as the day he left years earlier, when they were both teenagers. Josh, looking different every time Diane sees him, shows a stronger and stronger interest in his estranged father, leading to a disaster Diane can see coming, even as she is helpless to prevent it.

Diane’s search to reconnect with her son and Jackie’s search for her former routine life collide as they find themselves coming back to two words: “King City”. It is King City that holds the key to both of their mysteries, and their futures…if they can ever find it.

Welcome to Night Vale holds up as a beautiful read, and when taken out of context of the podcast can be a little confusing (maybe more for newer readers), but I still think that the universe is such a mystery and compellingly written. Older fans will get the references and enjoy the what they fell in love with, plus some answers to other questions. A great mix of dark humour, horror and science fiction and really great to read despite its failings as it comes to a close.

The writing of this book was so excellent and very conversational. I think the audiobook for this novel would be so fantastic, especially if they had the voice of Cecil for the audiobook. The characters within the book are so diverse and, of course, so weird. Not only are they distinct, but brimming with charm and the authors do a great job of crafting two complex main female characters.

My main fault with the novel is that the book felt like it lost tension and excitement towards the end. It’s difficult to decide what felt was so incredibly disappointing, but it may be that some fascinating things were introduced toward the end of the book that is never explored, a painfully missed opportunity. Also, I wasn’t satisfied with any of the explanations surrounding Troy, or the man in the tan jacket. Given that I’m really invested in the podcast, I walked away from the book feeling slightly let down.

Overall, a strange yet weirdly charming novel that leaves you delightfully bewildered.

From the creators of the wildly popular Welcome to Night Vale podcast comes an imaginative mystery of appearances and disappearances that is also a poignant look at the ways in which we all struggle to find ourselves…no matter where we live.

My thoughts: I’m in love with the WTNV podcast, and to see it also being published made me so happy! I’m currently halfway through this book (received a copy through NetGalley) and I can assure all fans its just as creepy as the podcast itself. I love that they added chapters where its just Cecil talking, before continuing on with story. I can just tell that the audiobook for this one will be amazing. 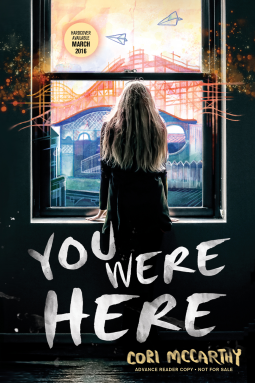 You Were Here by Cori McCarthy

On the anniversary of her dardevil brother’s death, Jaycee attempts to break into Jake’s favorite hideout—the petrifying ruins of an insane asylum. Joined by four classmates, each with their own brand of disfunction, Jaycee discovers a map detailing her brother’s exploration and the unfinished dares he left behind.

My thoughts: Another NetGalley Read! I was just scrolling through NetGalley and stumbled across this one. (I think I prefer this cover to the actual one) And judging from the reviews so far, it looks to be a really great one! 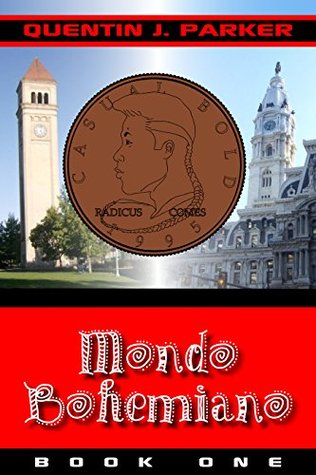 Is there life after having your heart destroyed? When ‘happily ever after’ crashes and burns? In the shadow of losing the love of his life, one man attempts to salvage his soul.

My thoughts: I’ve recently started taking review requests and this was one of the first books I received. It’s been recently published, and I’m not sure about this book though. Judging from the only review, and GR description it doesn’t seem like my type of book but I’ll read it before I judge.