Brilliant Achilles, shining Achilles, godlike Achilles … How the epithets pile up. We never called him any of those things; we called him ‘the butcher.

As the ancient city of Troy continues to withstand the brutal siege of the Greek army, its surrounding areas slowly find themselves torn to pieces by Greece’s greatest warrior, Achilles. Having watched her city ransacked, her family murdered, Briseis finds herself deep within the Greek army, a battle prize, forced to adjust to her new lifestyle. Far from home, Briseis brings to life a story often untold: the life of a woman living in war.

One of the beauties of The Iliad is the sheer depth and detail that comes to life in the story, making it open to so many interpretations and retellings — giving characters you might not have given a second glance, a space to thrive and make their story told. And The Silence of the Girls is one to add to your list. What made this book unique that despite how quiet it felt reading it, it certainly packed a hefty punch. Barker does not give up in the detail: violent, brutal and devastating. We follow Briseis from the moment Achilles takes her away to the days after his own demise. She understands how little her life means in the hands of men who think they’re above her.

The conflict, climax, and resolution of the Trojan War is not a surprise to most readers, so I really enjoyed witnessing the day to day life of Briseis and what she could’ve been expected to do around an enemy camp. Memorable names – Agamemnon, Priam, Hector, and Patroclus, etc. etc – all make an appearance one way or another, and we get to see them through different eyes. I was rather interested in the actions of Achilles when he’s not being a hero. He is in no way a hero to Briseis, and we get to witness that. For most of the novel, Briseis is our first-person narrator, but towards the finale, the narrative brings in Achilles, and he was a fascinating figure of brutality and equally compelling to follow.

The book’s pacing was rather slow, but for me, that worked in its favour. I enjoyed that I wasn’t barrelling through the novel at the speed of light, and I was consistently engaged throughout the entire reading experience. However, I have to note that despite the title and its emphasis on the voices that were left untold, the story doesn’t really highlight much of its own women apart from Briseis and Helen. I would even say the men were given more depth than some of the captured women. I guess you could say that’s a product of the original text that ignored them in the first place.

Overall, a brilliant imagining of the untold experience of Briseis. A fascinating take on the myth of Achilles and the Trojan war told by a woman that time could’ve forgotten. Barker makes a stand in this detailed standalone that can satisfy any mythology enthusiast.

“The rules were simple: Survive the Rooms. Conquer the Seasons. Win the prince.”

Becoming the next Empress of Honoku is anything but simple. Survive the palace’s magical but deadly seasonal rooms and marry the emperor. Everyone is eligible unless you’re Yokai, magical beings with the ability to transform. Mari’s one goal is to steal the Emperor’s wealth. But her life is on the line as she struggles to keep her identity hidden and learning that everything isn’t as it seems.

Empress of All Seasons is an ownvoices Japanese fantasy that was damn near perfect to read. I was obsessed entirely within the very first pages.

The characters were brilliant. Rarely do I find a book where the entire cast was absolutely excellent. Mari, our main Yokai, has been raised by beautiful women whose primary goal is to seduce wealthy men and steal their wealth. Mari doesn’t inherit the skills and looks, so her mother prepares her to train differently. Skilling fighting she competes in the competition to pull off a steal that would make her the greatest of Animal Wives. Taro, our cold Emperor to be, suffers from the hands of his terrible father and is a quick-thinking inventor that regrets his invention which enslaves all of the yokai. Akira, perhaps my favourite, is half human, half yokai. Mari’s closest friend and helps her in more ways than she knows. Hanako, the leader of the resistance, that really deserves her own novel.

The worldbuilding is where Empress shines. It’s set in such a magical rich world that is really beautiful. The Imperial Palace with its seasonal rooms, the interlude with the lives of the gods’, it’s all so magical but dangerous which really made it compelling to read.

Correct me if I’m wrong, but Empress is a standalone, I believe. Which is what made this a little disappointing, especially in the end. The final chapter leads to something more, something even more significant than what we get in the first book. But it’s all very quickly wrapped up in a couple of paragraphs which suggest there will be no more novels. The world Emiko Jean has created is detailed and gorgeous, and I really hope it isn’t just confined to just this one novel because that would be the biggest shame.

For a way of conclusion, Empress almost ticked all the boxes but, nonetheless, I really loved it. A tale of family, honour and love, Empress is a compelling story that I genuinely didn’t want to put down. I really hope Emiko Jean will return to these characters later, or at least this world.

Soundless takes place in a remote, closed off mountain village in ancient China, where all its members are deaf and receive food via delivery in exchange for sending the metal that they’ve mined. Fei is a talented artist, who fears for her sister’s life as she slowly loses her sight. Until one day, Fei regains her hearing and joins her childhood friend on a mission down the mountain to find help.

I’m not going to lie, I was disappointed when I finished this book. I’ve only read two of Mead’s books, Vampire Academy and Frostbite, and I actually really liked them. A lot. If I can recall, it was brilliant albeit cheesy. But it had the action, drama and intensity and I was expecting all this to come in her new novel that is supposedly “steeped in Chinese folklore.” But nothing really jumps out as remotely Chinese about this story. Aside from the pixiu, you could change the names to Rose, Lissa and Dimitri and this could be set anywhere else.

I get this seems harsh, but I don’t have anything good to say about this book, and that’s difficult for me, as someone tries to find redeeming qualities in even the worst books I’ve read.

END_OF_DOCUMENT_TOKEN_TO_BE_REPLACED 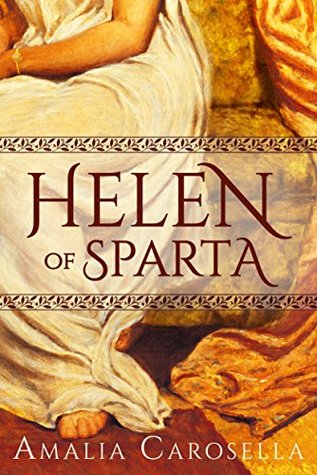